Director X Gets Inducted Into Walk Of Fame

WWETV Network will be showcasing the legends of music every Saturday that paved the way for today’s artists.

Click The Play Button Above To Watch The Promo

Director X Gets Recognized in His HomeTown 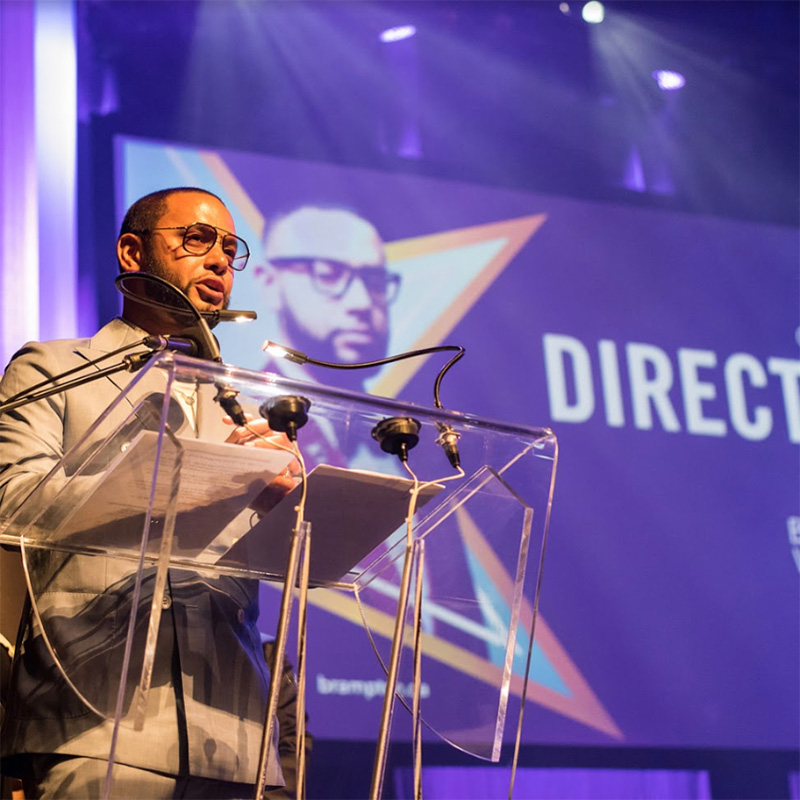 Director X is inducted into the Brampton Arts Walk of Fame.

Director X on September 14th headed into the Brampton Arts Walk of Fame.  The Rose theater in Brampton was the facility to hold this event and had performances by Kardinal Offishall who also did double duty as the MC, Karl Wolf, Choclair, and Maestro Fresh Wes.

Iconic comedian Russell Peters along with  singer Keisha Chante who was once the co-host of BET 106 & Park were also inducted. The Brampton community pays homage to these  artists that have  inspired emerging artists and creators with their contributions that have received worldwide recognition.

Director X  is known for his visual work that he has completed for major artists like Drake, Kendrick Lamar, Rihanna, Jay-Z, Kanye West, and many more.  The industry has recognized his art through nominations and awarded by the MTV Music Video Awards, BET Awards, and Much Music Video Awards.

The   Atlantic Film Festival in 2015  saw his directorial debut, Across the Line, and on this year in June he debuted the remake of the classic urban film Superfly.

Headie One Gets Into Bloody Brawl At Sony HQ In London: Report

Will Smith Says He “Understands” Emancipation Trepidation Over His Slap

How to Track the Exact Location of Anyone?

2Pac Wanted Relations with Lil’ Kim Instead of Faith Evans

SHEILA E. WAS ‘OBSESSED’ WITH HAVING PRINCE’S BABIES

Tupac Got A Standing Ovation Visiting Mike Tyson In Jail

A History Of Cancel Culture In Music With Artists