The Best Top Three Boxing Films Ever Made

WWETV-adminJanuary 20, 2022Movies & TelevisionSports
Mike Tyson and Muhammad Ali in 1996. Tyson is one of the pallbearers at Ali’s funeral.Credit...Lennox McLendon/Associated Press 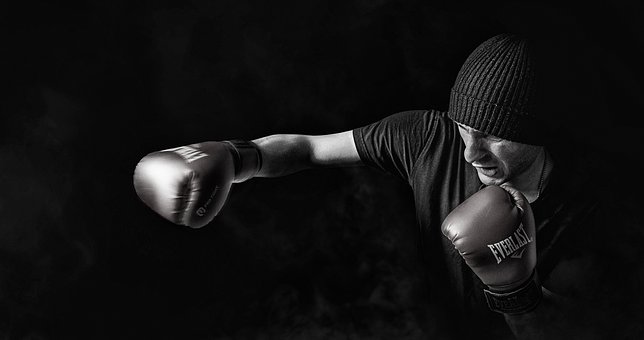 For almost as long as movies have been made, boxing has been the subject of some of the all-time greatest films. Dating all the way back to 1894, when Thomas Edison filmed a match between James Corbett and Peter Courtney, the sport has fascinated movie-goers with the drama and excitement that can only be found inside the ring. While Edison’s early film was innovative in many ways, it has largely been overshadowed by other films that have depicted boxing over the years.

Boxing is the perfect sport for film. Despite the large teams of trainers, supporters, and promoters that hover around boxers, when they enter the ring, everything comes down on their shoulders. They have an opponent to overcome and that leads to plenty of drama and conflict. Many people have tried to pick out the best ever boxing movies and most will come up with a different list every time. However, here are our picks for the best boxing movies of ever made and why you should run out to see them today.

No list of boxing films is complete without Rocky. The film is not only the perfect boxing story, but its impact on popular culture is difficult to overstate. The character has become synonymous with underdog heroes and has transcended the film franchise that he spawned from. You can find Rocky in all manner of digital media, with video games dating back to 1987’s Rocky for the Sega Genesis which allowed players to take control of the legendary boxer in his fights against his film opponents. The Coral App available on Google Play allows you to play the online slot Rocky, which bears Stallone’s resemblance while Creed: Rise to Glory is a VR boxing game that takes place in the Rocky universe.

There is no denying that Rocky remains one of the most influential films of all time. It helped launch Sylvester Stallone’s career as an actor and earned him his first Oscar nomination both for his acting and for the screenplay. It is difficult to oversell how exceptional this movie is, making it an easy pick for one of the best boxing movies of all time.

Few boxers in the real world have captured the attention of the world the way that Mike Tyson did. During his prime, he was the most dominant force in boxing, capable of tearing apart opponents with a frightening mix of speed and strength. Much like Rocky, he has been the subject of plenty of video games over the years, including the famously difficult Mike Tyson’s Punch-Out for the NES. However, it wasn’t just his achievements in the ring that made Mike Tyson the stuff of legends.

Tyson’s life outside the ring has been the subject of countless hours of scrutiny, but seldom has the boxer himself told his own story. That’s why Tyson is such a fascinating watch. Boxing factors into it very little; instead, it focuses on how Iron Mike’s personal life spiraled out of control and who he believes is responsible. It is a surprisingly honest testimonial from one of the most famous sports figures of all time.

Released at the height of Russell Crowe’s popularity, this is more a film about a boxer than boxing itself. It shows the difficulty that many people had during the Great Depression with finding and keeping work. Cinderella Man is a dramatization of the story of James Braddock, who went from being a day laborer to becoming a championship boxer. It is a real rags-to-riches story and is as heart-warming as it is intense.

Crowe gives a powerful, emotional performance as Braddock, who comes to symbolize the hardships that many working men faced in a time when there were so few jobs to be had. It is also one of Ron Howard’s best outings as director, bringing this real-life story to the big screen in a way that remains one of the best boxing movies of all time.

In other boxing news, Muhammad Ali was recently honored in Illinois for his lifetime of work both in and out of the ring. Check out the full story on the World Wide Entertainment TV blog.

50 Cent Announces Mo’Nique Will Appear on “BMF” Next Season

B Real Goes Off On Verzuz Paywall Affecting Viewership

Blac Chyna To Be In Celebrity Boxing Match

Ciara Dances Her Heart Out At Lovers & Friends Festival

50 Cent Announces Mo’Nique Will Appear on “BMF” Next Season