DJ Akademiks is reporting that Young Thug and Gunna have been arrested on serious RICO charges.

The 56-count grand jury indictment charges 28 members and associates of Young Slime Life or “YSL.” “YSL’s founders were Jeffery Williams AKA “Young Thug,” AKA “Slime,” Walter Murphy AKA “DK,” and Trontavious Stephens AKA “Tick,” AKA “Slug.”

ERGIO “Gunna” KITCHENS,associate of YSL, is accused of appearing in a video released on social media titled “Fox 5,” wearing a “YSL” pendant and a “Slatt” pendant, with lyrics stating “We got ten-hundred round choppers.” 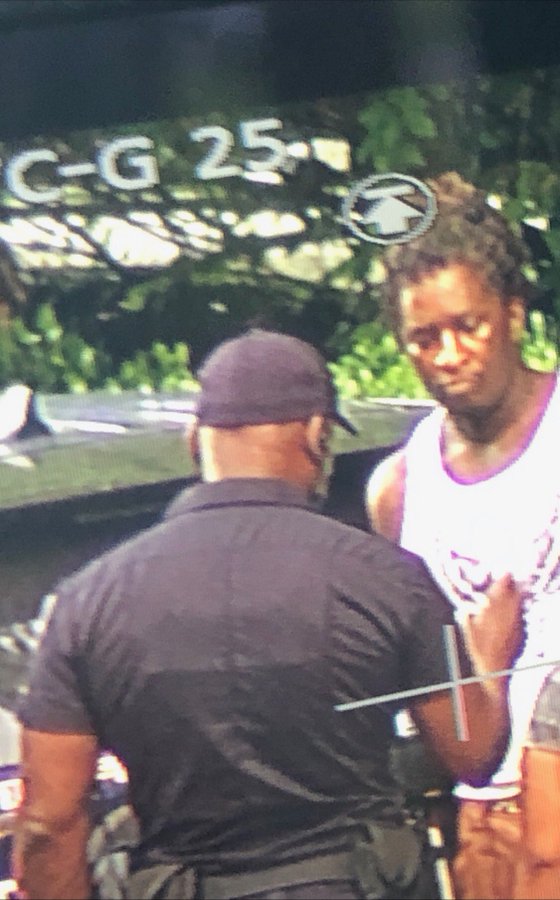 Young Thug is accused of renting 2014 Infiniti Q50 sedan from Hertz, which was used in the commission of the murder of Donovan Thomas, Jr., a rival gang member, on 1-10-15, according to indictment.

This video did not age well pic.twitter.com/q256FQuY0F

It is also being alleged that Young Thug tried to have YFN Lucci murdered in jail as reported by DJ Akademiks.

Prosecutors claiming that Young Thug had dudes in Fulton County jail tryna Kill YFN Lucci.. these allegations in the indictment are wild.

Prosecutors:
“YSL is a criminal street gang that started in late 2012 in the Cleveland Avenue area of ATL. YSL claims affiliation with the national Bloods gang.”

B Real Goes Off On Verzuz Paywall Affecting Viewership

Blac Chyna To Be In Celebrity Boxing Match

Ciara Dances Her Heart Out At Lovers & Friends Festival

Kevin Samuels was with 32 year Old Nurse Day before He Died, Police Say

A$AP Rocky arrested at LAX in connection with 2021 Shooting